The sports seasons are all over. The tournaments have wound down. And my time as a sports writer is over for now. Many games ended how I expected, while others had surprising outcomes. 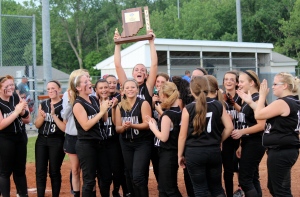 The Monrovia Bulldogs show off their sectional trophy after defeating Cascade on May 29. Monrovia pulled off a 2-1 victory due to a strong defense and two runs early on. (James Figy/The Reporter-Times)

Although I had written about sports for The Reflector, I didn’t think of myself as a sports writer per se. But I thought that if this was the freelance opportunity available, why shouldn’t I? They were articles I didn’t have to pitch, with interviews I didn’t have to schedule and great photo opportunities. In the end, it helped me push my writing in ways I didn’t expect, and taught me these things along the way:

It’s not just the athletes on the court or field, in the dugout of the on the sidelines. Sure, they’re the most excited, the most passionate, and generally the most rowdy. But the bleachers are full of noisy parents and teachers.

The loudest voice, most often, is the coach’s. Whether their teams were doing terrific or terrible, they were on the sidelines yelling out their vocal cords. Most coaches could barely talk to me afterwards because their voices were so hoarse.

Maybe someone shot a dinger down the third base line. It’s also true that the batter swung and hit the ball, causing it to fly towards left field. Or was it a blooper? To seasoned sports fanatics, this is the everyday vernacular.

3. I actually liked it

I not only learned about terminology and rules, but I learned about myself. I’ve never been a big sports person. So I went into the first few assignments thinking it would be like a writing about a movie I didn’t want to see—a terrible, cheesy one. What I actually saw was interesting and exciting.

The athletes were all really into what they were doing. Even kids who knew they didn’t have a chance, who were on the proverbial underdog team, tried their hardest. They just wanted to play the game, and what more could you ask? 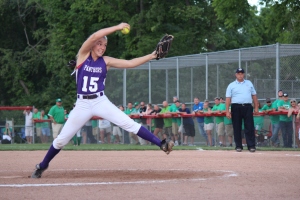 Monrovia takes sectional trophy (in the Sectional 44 final at Cascade)